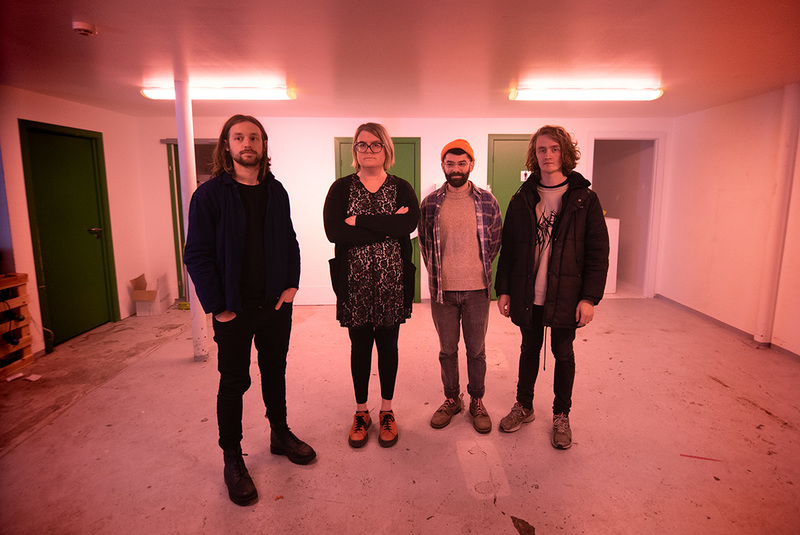 Indie Rock
LAURA SECORD is an international band based in Reykjavík, with members of several other Icelandic groups (kimono, World Narcosis, BSÍ) and originating from Iceland, Canada, the United States, and Germany. The band’s sound digs deeply into the sound of 90’s indie rock, much as Alison’s previous band kimono did before, with a tight rhythm section overlapped with guitar riffs and vocals.

Laura Secord is named after a Canadian heroine of the War of 1812. Alison MacNeil, who sings and plays guitar in the band, is well known in Reykjavik as leader of the math rock band, kimono, but her pop sensibilities were formed in Halifax, NS in the early 90’s. She also a proud trans woman and writes extensively about her experiences through the band’s music.

The band’s debut album “Ending Friendships” was released in November 2019 on Why Not Records and is a tight, hook-driven indie rock LP from Reykjavik’s DIY music scene. The band’s energetic live performances caught the ears of KEXP last year at Iceland Airwaves and the band was featured in their live broadcast at the festival this year. The band plans to tour in the US to support the record in the spring of 2020.

“Laura Secord taps into a guttural brooding with melodic hooks that will rattle in your head for days. This is one of the most exciting bands coming out of Reykjavik right now.”
– Dusty Henry (KEXP)