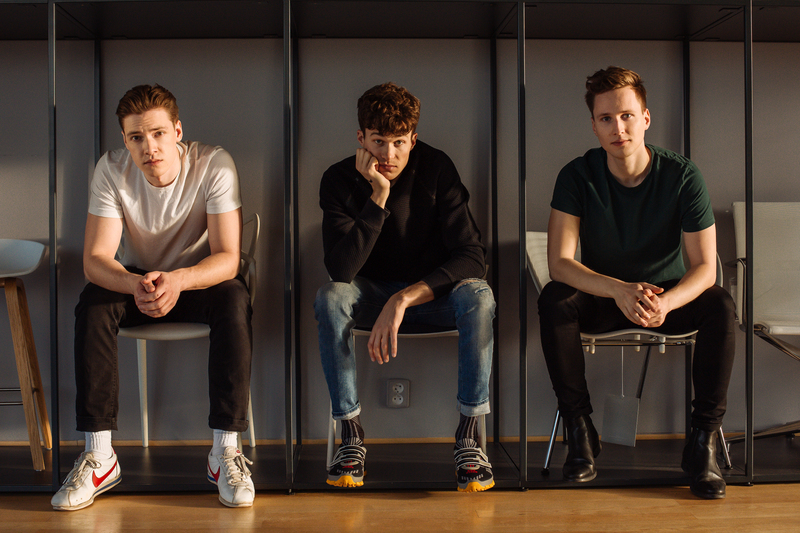 pop
Lake Malawi is an indie-pop band originally from Třinec, Czech Republic created by Albert Černý in 2013 after the end of his former band Charlie Straight. Their first self-released EP “We Are Making Love Again” came out in 2015 including the popular single “Chinese Trees”. In 2017, the LP “Surrounded By Light” came out featuring the singles “Prague (In the City)”, “Surrounded By Light” and “Paris”. In 2019 they succeeded in Eurovision final with a song called FRIEND OF A FRIEND.

Lake Malawi formed as a band after the successful four-piece Charlie Straight broke up in September 2013. Their initial single “Always June” was introduced by BBC London in a live interview featuring early acoustic versions of “Paris” and “Beach, Nectarines & Daim”

In 2014, Lake Malawi played at major Czech festivals including Colours of Ostrava and Rock for People. May saw the release of the debut EP “We Are Making Love Again” produced by Filip Gemroth and the band (mixed and mastered by Mo Hausler in London). They supported Thirty Seconds to Mars at their Prague show.

In 2015, the band performed at The Great Escape Festival (review), toured in the UK with Joel Peter (Elka) while their Czech acoustic “Furch Tour” was sold out. The most popular single from the EP “Chinese Trees” won the New Music Audition Poll on Amazing Radio.

In 2016, they supported Mika in Prague and started work on the full-length album.

In 2017, Lake Malawi supported The Kooks at their Prague show and self-released the album “Surrounded By Light” featuring 14 tracks. They went on tour in the UK (supported Banfi at the Old Blue Last) and in the Czech Republic. Music videos were made for Prague (In the City), Surrounded By Light, Bottom of the Jungle, Paris and Spaced Out. Not My Street is a b-side recording with a video from Třinec that did not make it on the album.

The founding members of Lake Malawi were Albert Černý (lead vocals), Patrick Karpentski (guitars), Jeroným Šubrt (bass) and Pavel Pilch (drums). The drummer who originally played in Charlie Straight with Albert left the band in 2016. Next, Antonín Hrabal joined the band on drums. Patrick Karpentski left Lake Malawi at the end of 2017 after the two biggest shows of the tour. Since then, Lake Malawi have remained a three-piece consisting of Albert Černý, Jeroným Šubrt and Antonín Hrabal.
The name Lake Malawi is loosely inspired by Calgary, a song by Bon Iver. The wave above it symbolises the female principle in nature.