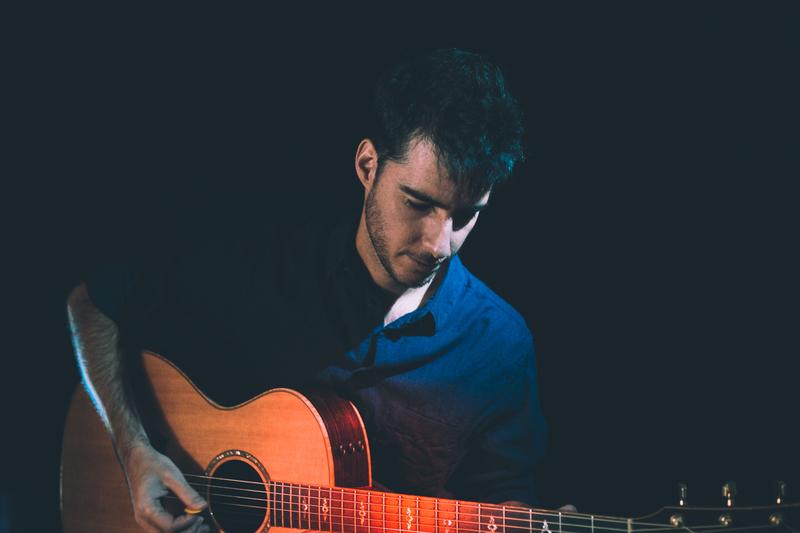 Born in a small town in Switzerland Knaan Shabtay also spent his childhood in Israel moving back and forth between the two countries. His soft voice, unusual accent, honest lyrics combined with his warm acoustic guitar sound blend together to create a modern approach to traditional folk music and often makes one wonder for his roots.

Inspired by artists like Paul Simon and John Butler he moved to London UK in order to study music professionally.
It was there, where he discovered his love for songwriting and singing.

His debut single ”Stay A Little Longer” appeared in different radio stations in Israel and Switzerland in early 2015 and was followed by an Israel tour with shows at ”Haifa 100 Live” and ‘’Nataraj’’ festivals.

The live music video for “Sunrise” which was released in 2016 received excellent reviews from national and international music blogs.

‘’ A beautiful tender and moving song. The song has been written for someone who isn’t there, a letter in a bottle, a capsule of sounds behaving like an emotional teleporting…’’ – Amir Asher, Haaretz.

“Cascading, patterned acoustic guitar notes layer on top of each other to create an impressive waterfall of sound. The breathy, high-pitched vocals and electric guitar notes add to the beautiful maelstrom.Wow”. – Stephen Carradini (Independent Clauses)

After many shows all over Israel and a successful UK tour with shows at Togfest festival and St Martin In The Fields, Knaan released his second EP entitled ‘’Far From Home’’.