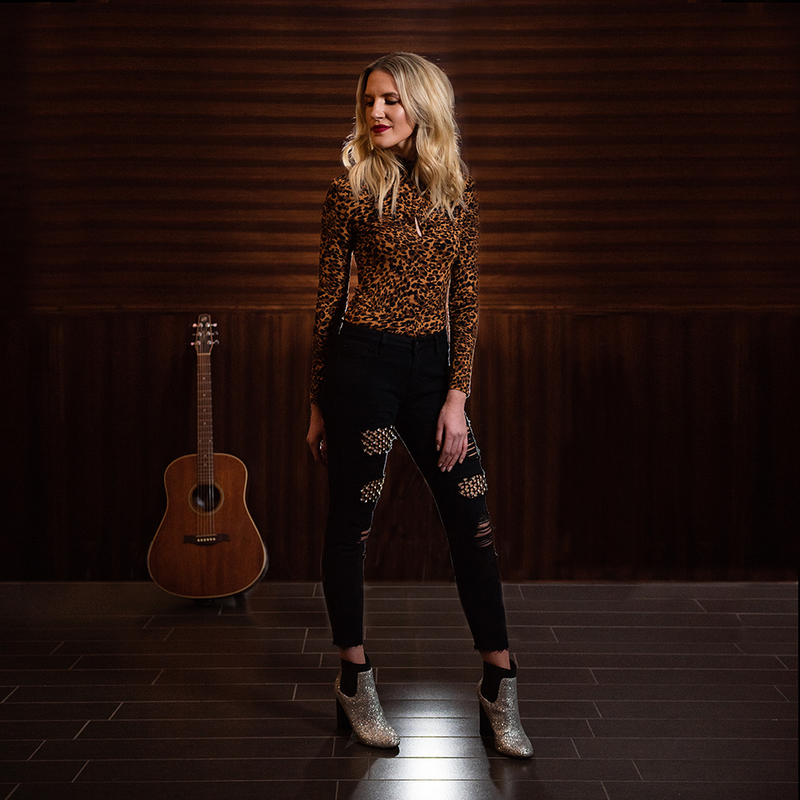 Country
Waterloo, ON-based singer/songwriter, Karli June, is set to release her single ‘Say Too Much’ in January 2020. The song was co-written by Francesca ‘Francci’ Richard, Hailey Collier, and Scott Chesak (All American Rejects). Best known for his production and songwriting with rockers Panic At The Disco and Weezer, Chesak’s collaboration with June has yielded pure country gold.

“‘Say Too Much’ just feels so much like me,” June says. “It’s really about wearing your heart on your sleeve and just going with it, which is something everyone deals with.” The song sends a positive, empowering message, relatable to anyone struggling to remain true to themselves while being open to others in life and in love. “Sometimes things don’t happen when you’re expecting them to. They happen when, and in the way, they’re supposed to.”

June has a clear vision of what she wants to say and how she wants to say it. Writing candidly and honestly is a hallmark of her songwriting. On her upcoming debut EP she displays a refreshingly forthright take on country-pop that’s both optimistic and thoughtful. “My goal is to write authentically; to make songs that are true to myself and my story and where I come from.”

Born in Listowel, Ontario, June fell in love with music as a child, singing in her church’s choir, at local fairs and singing competitions. During her teens, she began writing songs in earnest, studied piano, taught herself guitar, and took every opportunity to perform live during school concerts, in musical theatre productions and at the local pub. June cites a number of artists as key personal and musical influences, most notably Carrie Underwood, “She’s a huge influence for me as a person and artist because she’s always stayed true to who she is and also used her career to do good.” Other key influencers include Shania Twain, Kacey Musgraves, Tim McGraw, and Kelsey Ballerini.

In 2016 she released two singles, both produced by CCMA Award-winning producer/guitarist Jason Barry, ‘Black & White’ and ‘Setting Me On Fire’, which garnered June attention leading to her performing at marquee Canadian country music festivals like Boots & Hearts, and shared the stage with the likes of Dierks Bentley, Brett Kissell, Terri Clark and Corb Lund.

Whether it’s the stage, the studio or a writing room, June steps into every environment with fearlessness. “I grew up on a farm, and my parents definitely set an example in terms of what it meant to put your whole heart and soul into something every day. As I get older, I realize how deep those roots go and the values and faith they’ve given me. And I’m very thankful for that.”