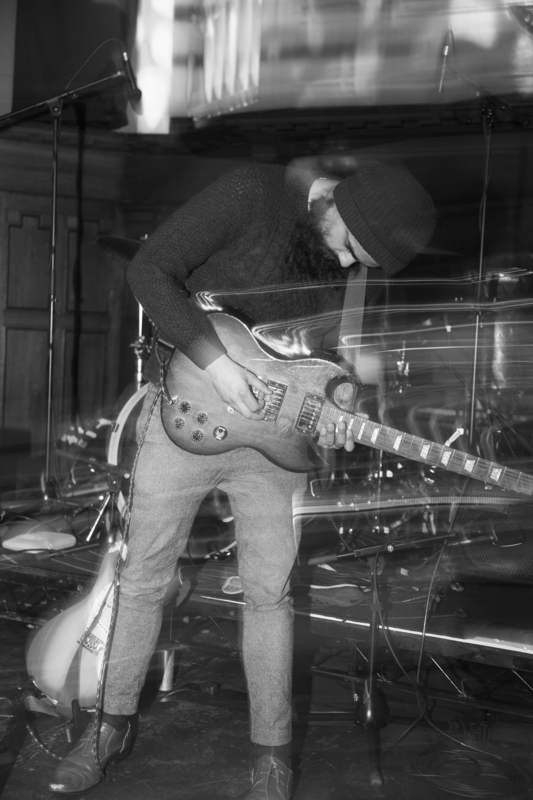 Art Rock / Indian Classical / R & B
Kapil Seshasayee is a polymath, and a true original talent, both as a songwriter and as a soundsmith, a one man combination of Scott Walker, L. Subramaniam, Arca and Blood Orange, creating something wholly unique. Combining electronica flourishes evoking FKA Twigs with Indian Classical guitar improvisations, stunning vocals and a penchant for unorthodox instrumentation such as the aquaphone, Kapil manages to be truly experimental yet still accessible.

His debut LP “A Sacred Bore” – a concept album based around India’s caste system – is a piercing examination of the abusive treatment towards lower caste Indians both in India and the diaspora. Having already been featured in noted publications Pitchfork, VICE, Rolling Stone India, BBC Radio Scotland, The Guardian, WIRE and The Quietus, Kapil was recently on air with Bobby Friction on BBC Asian Network, as a featured BBC Introducing artist. Building upon the narrative of singles “The Agitprop”, “A Sacred Bore” & “Caustic Wit”, Kapil expands on the issues, from the often-overlooked connections between the American far-right and upper-caste Indians to honour killings committed in diaspora which continue to be under-reported. Kapil has performed across the UK, US, Germany & Canada alongside a raft of great and innovative acts such as Damo Suzuki, Gaelynn Lea & Raghu Dixit with festival appearances throughout 2019 including SXSW, Latitude Festival (an upgrade from an offer to play a smaller stage at Glastonbury), Celtic Connections, Cardiff Psych Festival & SOLAS Festival.

The follow up to “A Sacred Bore” (the second part of a “Desifuturist” trilogy of albums) was announced in late 2019 with a single entitled “The Item Girl” – named for a common problematic film trope. The LP will be an exploration of the influence of the Bollywood Film Industry and marks a departure stylistically for Kapil with a sound influenced by the socially conscious R&B of D’Angelo & Solange while still maintaining the experimental sonics and
improvisational Indian Classical approaches to writing found on his debut. The single has been premiered by Rolling Stone India and has garnered favourable reviews and features on Pop Matters, BBC Radio 6 Music, BBC Radio Scotland & The List. In a round up of the “Top 100 creatives working in Scotland in 2019) – Kapil was named #15 by The List magazine.

Building on the narrative work of his music – Kapil began a new culture site Desifuturism.com in the summer of 2019 – chronicling the experiences of South Asian artists not usually visible by nature of their caste, sexuality or geography through a series of interviews (paralleling the forward thinking nature of Afro Futurism but with a focus on South Asians). Kapil has held interviews with a Grammy Award-winning producer, a writer for HBO, musicians combining Indian Classical influences with Free Jazz and anti-caste activists deserving of a greater platform.