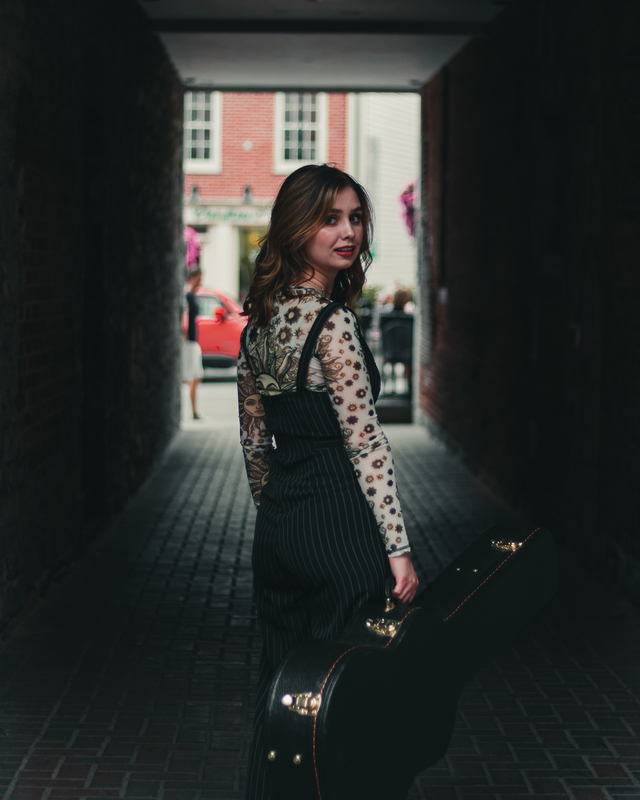 indie-folk/singer-songwriter/alternative
Hailing from the Limestone City of Kingston, Ontario, singer-songwriter Julia Finnegan has been performing for audiences from Toronto to Montréal for the last 10 years. Inspired by folk cornerstones like Bob Dylan and Joni Mitchell, as well as contemporary artists like Sarah Harmer, Donovan Woods, Andy Shauf, Phoebe Bridgers, Justin Rutledge and Charlotte Cornfield, Julia identifies as a lyricist and storyteller first; finding catharsis in words and their capacity to connect with others in an intimate way.
In 2015, she released her first EP, Thoughts Collide, which received airplay from coast to coast on CBC radio. Since then, she has performed at numerous festivals i.e. Festival of Small Halls and Wolfe Island Music Festival. Julia has also been fortunate to warm the stage for talented company like The Weather Station (2018), Matthew Barber (2018), Justin Rutledge (2017), Rose Cousins (2017), Kim Churchill (2017), Long Range Hustle (2018), Miss Emily (2019) and many others.
In September 2019, Julia was selected as one of six finalists to perform on one of Kingston’s largest stages, The Isabel Bader Centre for the Performing Arts, as part of the inaugural YGK Emerging Musician Competition. Throughout the summer of 2019, Julia attended an accelerated Music Business Program at Humber College. Subsequently, she worked as an assistant to concert promoter Virginia Clark, founder of Flying V Productions. Through this opportunity, Julia was able to work closely with artists that she admires and learn from the best about the behind-the-scenes of concert promotion.
After recording with Jonas Bonnetta, p.k.a ‘Evening Hymns,’ at Port William Sound in Mountain Grove, Julia is currently focusing all of her efforts towards the release of her forthcoming debut, full-length record “Listen to the Wallflowers.”
Other
Apple Music
Twitter
Instagram
Facebook
Website