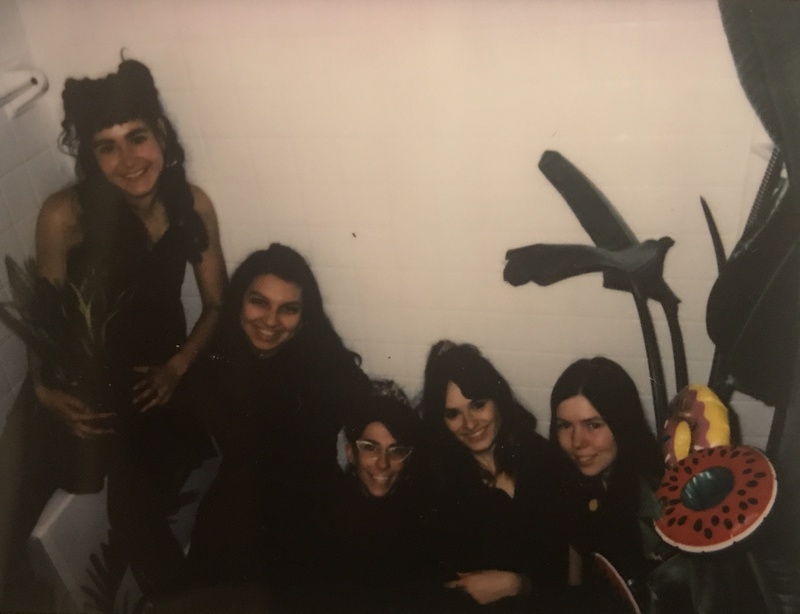 Pop-Rock
Juice Girls is a five-piece dream-rock band based out of Halifax, Nova Scotia. Juice Girls was first formed in 2016 when Kirsten Todd (lead guitar/vocals) and Michelle Moraitis (lead vocals/harmonica) met while working at a local juice bar. The two quickly bonded over 90s music, particularly shoegaze and the DIY culture of the Riot Grrrl movement. Originally, the band was a way to express frustration with relationships and the lack of feminine representation in their local music scene. The pair wrote songs while chopping and juicing oranges. As their ideas, and indeed their frustrations, grew ever bigger Juice Girls became a full performing band. After a few lineup changes, Juice Girls found it’s sweet spot, solidifying the group with the additions of Lauren Randles (keys/guitar), Kelsey Crewson (bass), and Robin Fraser (drums). The five were thrown together by chance encounters through mutual friends to the benefit of their art, growth, and expression. Together these womxn have built a repertoire of deliciously dark and atmospheric dream-pop and blues-rock anthems, honed their craft, and built an engaging live performance. Over the last year, the band has been working to develop their sound and execute new and more ambitious ideas. In August of 2019, the band embarked on their first tour, playing a string of successful summer tour dates in Eastern and Central Canada.

Juice Girls have also collaborated with Atlantic Canadian film-maker Josh Owen by writing the end credit music for his 2019 short film Ghoulish Galactic Grievances which premiered at the Halifax Independent Filmmakers Festival and was later shown at the Vancouver International Film Festival. In addition to their work as a performing band, Juice Girls looks forward to producing more music for film in the future.

Juice Girls is about creating a community to celebrate the creativity, compassion, and confidence of womxn in Canada. It is about facing fears and accomplishing your goals regardless of those obstacles in your way. It is about letting yourself become vulnerable, encouraging and supporting one another, and learning to grow through action.