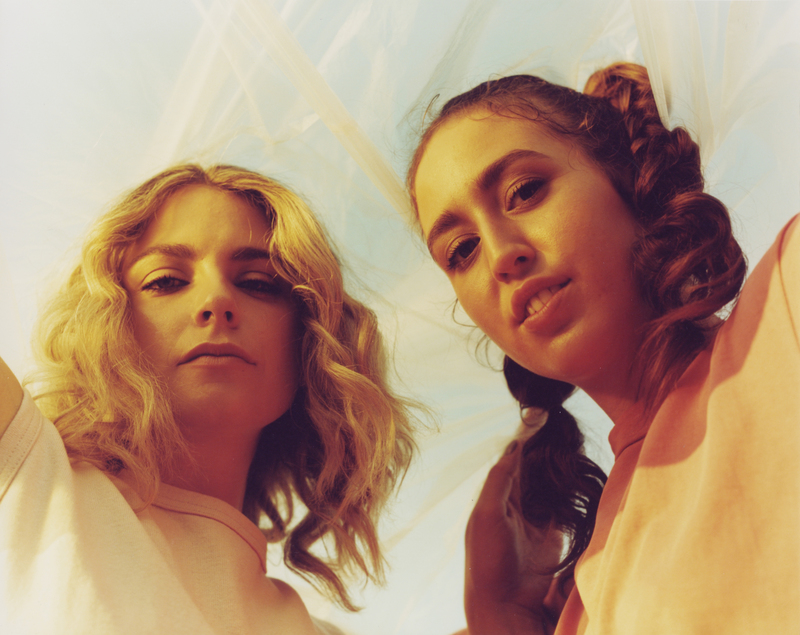 Hip-Hop/R&B/Pop
Heartstreets, composed of Gab Godon and Emma Beko, started as a childhood friendship that organically blossomed through their love of dance and 90s hip-­hop. Half-Peruvian and born in Budapest, Emma grew up part time in Montreal and finished high school in New York, where she was very influenced by the rap scene going on there. Gab was born and raised in Montreal and grew up listening to 90s R&B. After a night together full of wine and impromptu freestyling, Heartstreets was born.
The Montreal-based duo have spent the past few years working on their craft and after releasing a string of critically acclaimed singles, they released their first EP titled You and I in May 2016. The EP tells the story of love at first sight that turns sour. The title track “Cruising With You” produced by Soulection’s Da­P was a 2016 summer anthem that gathered over 2.5 millions streams on Spotify. Following the success of their EP, Heartstreets were invited to share the stage with the likes of Gallant, The Internet, Daniel Caesar, Charlotte Cardin, Busty and the Bass and Dead Obies, among many.
Named one of NYLON’s “5 Canadian Bands That You Should Listen To Right Now,” Heartstreets is best known for creating silky sounds over atypical song structures. Gab’s solid vocals entwined with Emma’s original rap flows creating their unique blend of smooth R&B over hard-hitting “trappy” beats that have led them to be invited to perform at numerous festivals. They have graced the stages of Osheaga, Pop Montreal, NXNE, Canadian Music Week, M for Montreal, Festival d’été de Québec, Montreal International Jazz Festival and have crossed the border to the US to be included in a Communion Presents showcase and a Sofar Sounds secret show.
In the fall of 2017 Heartstreets went back in the studio with Juno Award Winning producer Kaytranada, and together their next single “Blind” was created, that subsequently got the attention of The FADER. The show stopping duo went on their first headline tour across Canada and brought along producer/songwriter Ryan Playground.
The girls then went straight into writing mode and started the creative process for their first full length album. Their first single is a collaboration with francophone singer L’Isle, solo project from singer-songwriter Ariane Brunet After meeting at a SOCAN song writing camp, they connected and created a sultry ballad that is an ode to enjoying life, focusing on yourself while still being aware of the people around you. Heartstreets first full- length album titled ‘’ WHY MAKE SENSE’’ was released on February 15th, 2019.
Apple Music
Soundcloud
Spotify
Twitter
Instagram
Facebook
Website