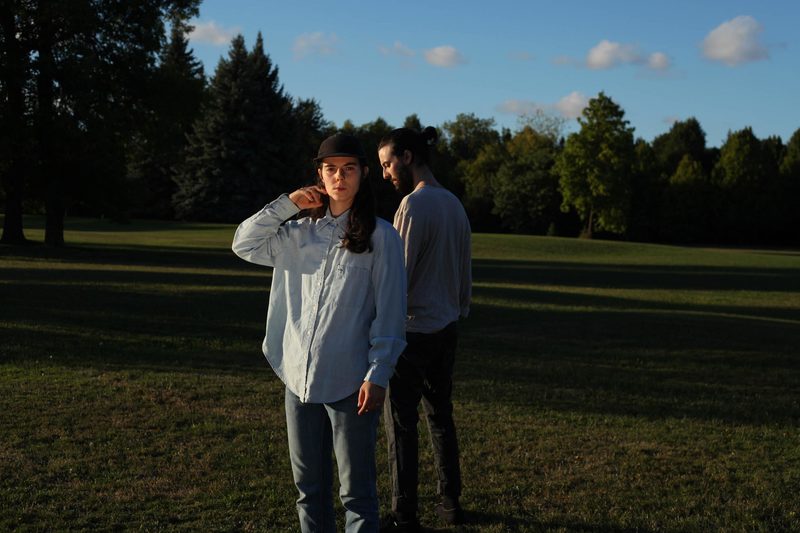 Indie / Pop / Funk / RnB / Folk
Hansom Ēli, composed of Camille and Alexy Guérer, is an innovative musical duo based in Montreal. Together, they effortlessly blend folk, R&B, funk and indie pop into their music, forging a style that is unmistakably their own. After years of creating separately, Camille and Alexy decided to begin writing and producing together in the summer of 2017.

After their debut performance at Quai des Brumes in Montreal on November 20th 2018, Hansom Ēli released a set of intimate live-off-the floor recordings as an EP called Yesterday. These intimate and raw recordings offered a glimpse of where the band came from, but also where they might be heading.

Since then, they have secured funding through Factor to produce their upcoming EP and have performed at the Canadian Music Week 2019 showcase where they played on May 8th and 10th. Additionally, they have been awarded the coveted MVP grant presented by RBCxMusic and the Canadian Academy of Cinema and Television, to produce a music video which is scheduled for release early 2020.

Currently, they are promoting their debut single Soho, which released along-side a FACTOR funded music video on July 25th 2019. In the short time since its release, it has garnered airplay on stations in Canada and Europe such as CBC, Radio Canada, CISM, and Europe 1. Additionally, Soho has been playlisted over 200 times on Spotify and garnered over ten thousand streams in its first month.

Alexy is recognized for his production abilities, which he honed at Kensington Sound studio in Toronto. As a multi-instrumentalist and producer, he also actively collaborates with numerous Canadian and international artists. Over the past few years, his music has been featured on television series such as “The Young and the Restless” and “Degrassi”. A true student of music, you can always find Alexy practicing, work-shopping and perfecting his craft.

Following in the footsteps of her older brother, Camille developed her musical talent from a very young age. From singing, playing guitar to song-writing, Camille demonstrates a deep understanding of musical composition. Her soulful soprano voice is lulling yet empowered; her words, honest and vulnerable.

Drawing from funk, pop, experimental and indie, and with a voice and sound reminiscent of the soul and character of Feist or Christine and The Queen, Hansom Ēli is sure to draw you into their musical world.