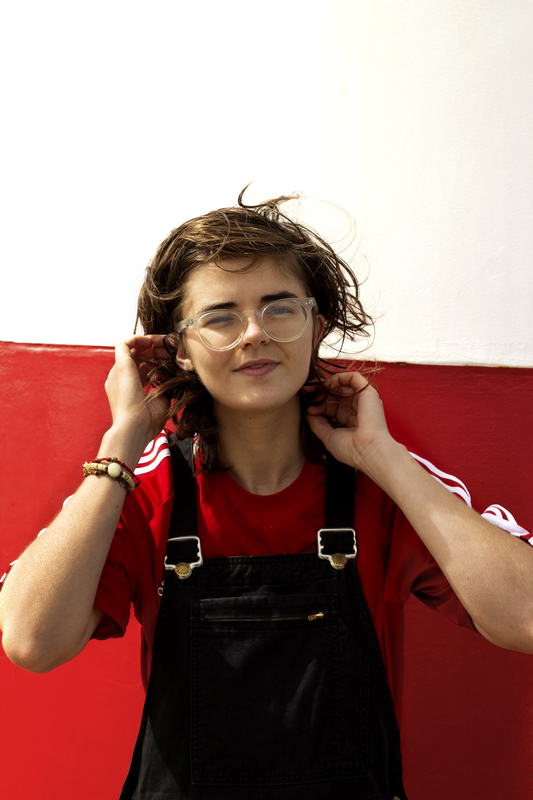 Since the release of Hachiku’s self-titled debut EP in June 2017 on Courtney Barnett’s Australian label Milk! Records, Ostendorf found a home and 4 piece band in Melbourne quickly becoming one of the most sought after live acts playing shows with Aldous Harding, Stella Donnelly and Japanese Breakfast. Hachiku was invited to open for The Breeders and José González across Australia in April & December 2018 and joined Jen Cloher and Snail Mail on their UK and Europe tours in February and October 2018.

‘Hachiku’s ethereal and catchy melodies, highly tasteful, textural guitar playing and shimmering walls of sound create a unique brand of left of centre shoegaze, with each song taking the listener on a melodic journey’ (THE MUSIC, Australia).

Born in Detroit and raised in Germany, Ostendorf first formed her sound at 16 while on a road trip of the U.S.— accompanied only by her dog— before relocating to London and recently Melbourne.
Hachiku’s bedroom beats were already creating a buzz before any official releases – she opened for Courtney Barnett on her 2015 European tour and was invited to take part in the Split Singles Club, a collaborative project curated by independent labels Milk! Records and Bedroom Suck presenting their favorite artists.