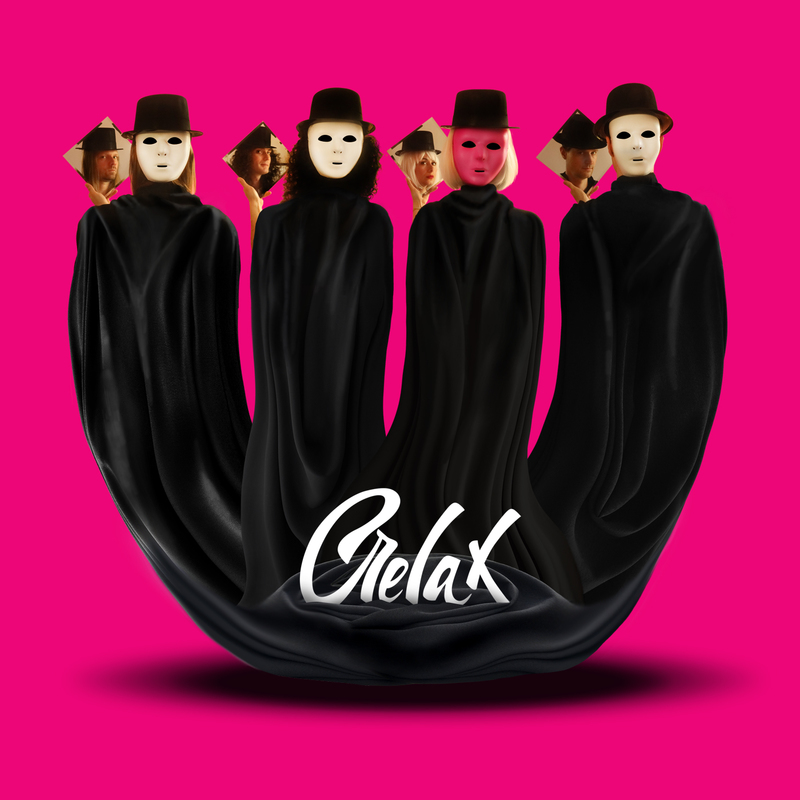 Fantasy Indie Rock
Layers of dreamy vocal melodies, disconnected lyrics, hypnotic guitar loops merging with pumping bass grooves and exotic beats, makes up Gelax.
A style they dubbed as “fantasy rock”, mixing comforting chords with a little bit of mysticism, unusual structures with darker moods, climaxing into an uplifting conclusion of sounds.
After a meeting between GelaxKey and Taarqazz, a shared philosophy on life, hopes, ambitions,cynicism and a strong appreciation of Depeche Mode and Radiohead, they started off a musical experiment in 2015.
Leaving everything behind to pursue her passion, Gelareh made her new home in Toronto to sing and express what was forbidden in her homeland Iran under a censorship regime.
Meanwhile Taarqazz’s struggles with his own identity, separating himself from his war torn country Palestine, and seeking purpose, fuelled their collaboration.
Their first single Crawler, released on YouTube 2015, established a trademark in direction, involving alienation and reality checks.
While their first video release “Tempting” in 2016, brought a more gentle and a retrospective mood of self reflection.
2018 brought in a new breath of life, with the addition of Olaf Szester on Drums and percussion, and Jason Pilling on Bass, the band started work on a string of singles with the help of Juno Award winner producer Tim Abraham from Soleil Sound Studios.
Their latest single and video release “Life” saw a more focused approach to writing, and GelaxKey doing all the video production and effects herself.
Finding success in “Life”‘s release through Spotify playlists and Deezer, the band continued with the release of “Crazy Arms” at the end of the 2019, while working on the video, and setting new Ep release be festival ready for 2020.
Always getting inspired by new and different bands, Gelax is driven to experiment constantly with fresh ideas, and to break away from pigeon-holes and genre restrictions.
Apple Music
Soundcloud
Spotify
Twitter
Instagram
Facebook
Website