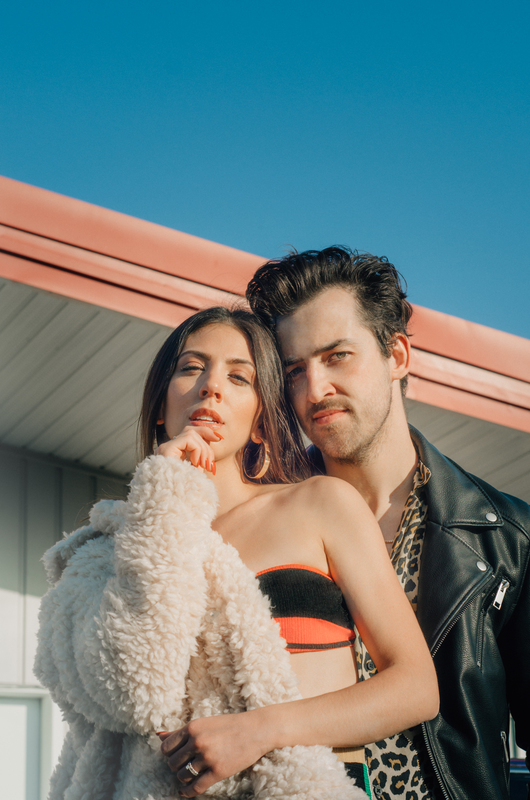 Pop/R&B
“an electricity runs between the veins of Montreal duo Flara K.”

After making their debut in September of 2018, Montreal Pop/R&B duo Flara K have been making a name for themselves across the Canadian music landscape. In the past year they’ve headlined pop Montreal twice, showcased at Canadian Music Week, and have shared the stage with artists across both the pop and R&B scene such as Shay Lia, Zaki Ibrahim, and Virginia to Vegas.

Their debut EP was recorded in a apartment bedroom and was released in May of 2019. To date it has accumulated over 43,000 streams on Spotify and has helped compliment to duo’s style and energy.

“We wanted to create something that was 100% true to us, unique to us, and that would allow us to explore ourselves deeper through our creativity.”

Their live show is captivating and unlike anything you’ll coming out of Canada right now. Currently in studio, their next single “Patience” is due out February 2020.