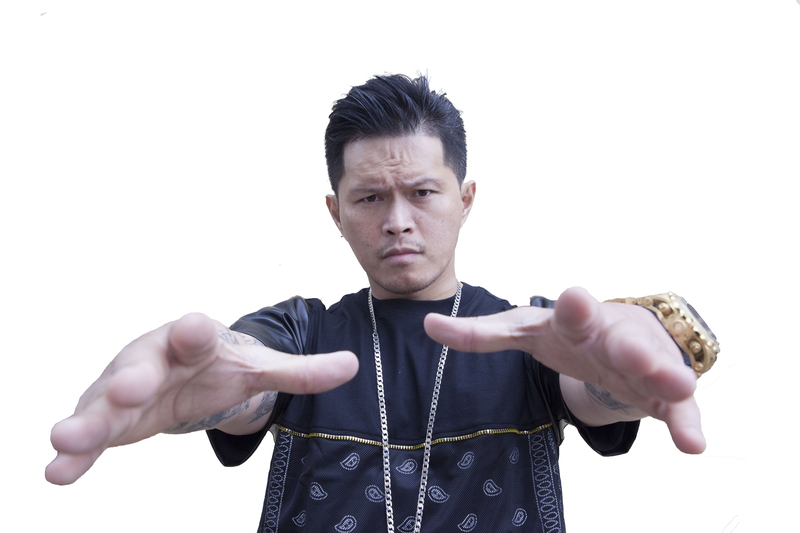 Dwagie’s status in Asia is legendary: from being a founding member of the first rap group to secure a record deal to the success of his current album which has garnered him multiple awards. In addition to being a staple in the local hip hop media, he has also received much attention from international outlets, including interviews with TIME Magazine, CNN, BBC, Reuters, The Times (UK), Al Jazeera, and multiple appearances on Discovery channel. In 2012 alone, Dwagie has received 11 music nominations or awards in Asia, including the “Album of the Year” at the Golden Indie Music Award.

Lyrically, Dwagie steers away from the shallow subject matter typically addressed in pop/club tracks, instead opting for messages with substance. This is no more evident than in his classic track, “People”, which outwardly displays compassion for all those who are struggling and suffering in this world. So poignant was his message in this song, that it lead to a meeting with global champion of Human Rights, the Dalai Lama, who is featured in the song and music video.

In 2014, Dwagie collaborated with DJ Premier and Nas and released 2 tracks “Classic” and “Refuse to Listen,” respectively. In 2015, the collaboration extends to street poet Talib Kweli, featuring in the song “Endless Cycle”.

Dwagie has attracted various media coverages, from Hype Magazine, Hip Hop Dx, to MTV Iggy. In a closing summary of a feature article wrote “There are MCs abroad that are closer to the hip-hop ideal than most American rappers. Dwagie is one of the brightest examples. American Hip-Hop can learn a lot from Dwagie — if it takes the time to listen.”

In 2016, Dwagie worked with the east coast legendary Mobb Deep, producing “Mansion n Security.” This is also the legendary Prodidy’s last featured song did before he passed away.
The following year, Dwagie took a bold step by releasing a song “Words to Trump” featuring Raekwon from Wu-Tang. The duo rap about the changes they hopes to see from their different perspectives. This song further solidifies his mission to influence the world through his lyrics.

Dwagie is a vocal enthusiast of historical, social, political and human rights issues. To pursue his Hip-Hop dream, Dwagie launched his own studio “Kung Fu Rap” in 2003, and has been responsible for every single aspect of his albums, from writing and recording tracks to directing, filming, and editing music videos, all entirely on his own.

In November 2017, Nike celebrated 35 years of Air Force 1. Dwagie was invited to take part in the making of the designated song “Walk ‘til Fly” featuring 7 renown Taiwanese hip-hop artists. His performance in the finale signifies his foundational status in Asia. The music video has nearly 9 million views and counting.

In 2019, Dwagie’s “Refuse to Listen” sound-tracked closing credits for the TV series Warrior from Cinemax.