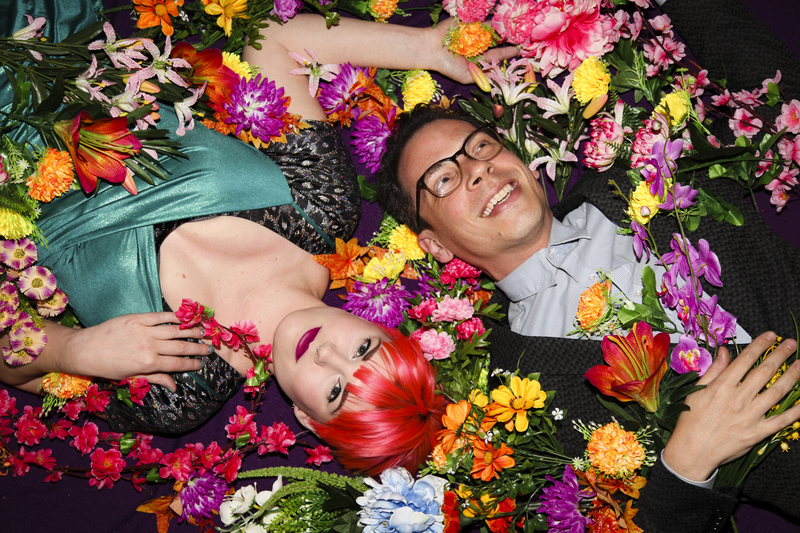 Indie Disco
Lani Bagley and Craig Schuftan are Ducks!. In their Tiny Lights studio, they make electronic music for the dancefloor and beyond, combining percolating synths and dreamy vocal harmonies with found sounds recorded on ancient cassette players. Onstage, Ducks! create the party they hope to see in the world, bringing an audio-visual spectacle of riotous indie disco and colourful plumage to your earholes and eyeballs.

The Berlin-based Australians released their debut album ‘Ding Ding Ding’ in 2016, which was long-listed for the AMP (Australian Music Prize). Their aquatic-themed second album, ‘Nak Nak’ was released the following year, earning strong reviews and radio play in Europe, the USA and Australia. Ducks!’ new record ‘Things That Were Lost’ was recorded at residencies in Malta and Austria, where the duo perfected their singular blend of musique concrete madness and disco science. Ducks! were nominated for the 2019 listen to berlin awards for their collaboration with Canadian producer Christa Belle – The Dance Mania.