David Backshell and The Nighttime Gals 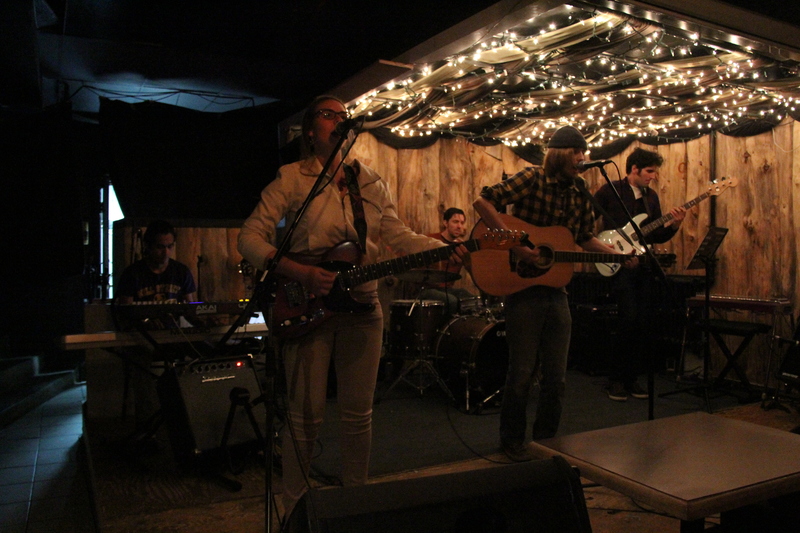 Art Rock
Jack Derricourt, music blogger and editor at Digital Journal, describes the Montréal-born David Backshell as an artist who “finds himself in a new playground, with very few children joining him on the swing set.” Backshell was the lyricist on the successful production “Kill Sister Kill! A Musical” at the 2015 New York International Fringe Festival, and after this hit the studio with nine original tracks for his first full-length debut Art-Rock album “Codeine Dreams” which followed up his two EP discography. It gained favourable reviews. Described as “A moody, changeable documentary of personal struggles and emotions” by Emma Sloan of Canadian Beats.
His sophomore effort “Turn Up The Dark” is scheduled for release in the spring of 2020. This new album is the culmination of several years honing his skills in songwriting, building on the sparseness found in his first record “Codeine Dreams”.

With the formation of David’s band “The Nighttime Gals” who are: Graham MacDonald [Itchy Bones, The Midnight Society] on bass, Remy Perrin on drums, Chantal Sylvestre [The Sound of Music, RENT] on vocals, and Michael Zahorak [Jessica Sutta, Lynn Moffatt] on keys/backup vocals, David takes storytelling to a new level rivaling artists within genres of pop, folk, rock, blues, where he is not afraid to showcase his willingness to break boundaries beyond conventional songwriting.