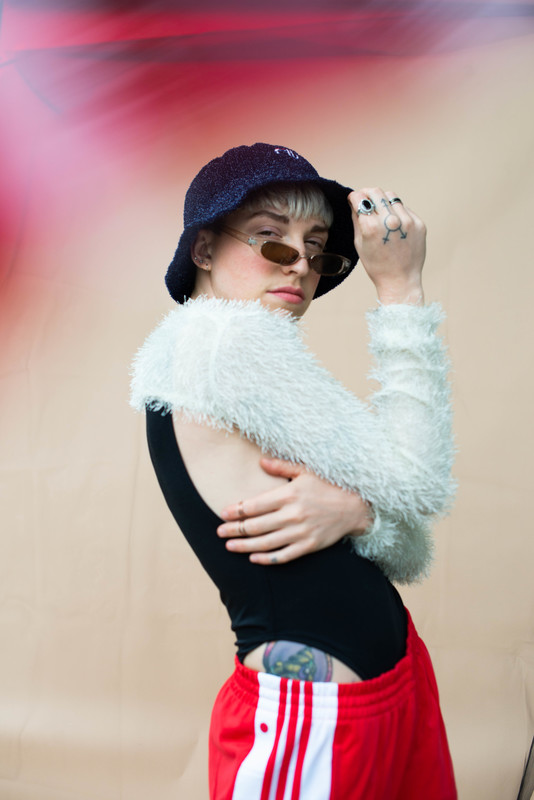 Alt. R&B
Vancouver-born, non-binary Alt-R&B singer Clear Mortifee creates music that is poignantly suited for our times. They remark, “being a recording artist, I have the opportunity to shift culture simply by sharing my genuine self as a gender-fluid, sex-positive fem. Through living in my own state of empowerment, I create space for other female and non-binary people to thrive in their own most authentic states too.”

With creative inspiration from Billie Eilish and Lady Gaga – and a sound reminiscent of Halsey – Mortifee dips into neo-soul and contemporary R&B with ease. With their combined streams already amassing almost 4 million plays on Spotify alone, they state “I am so grateful that my music is finding those who need it most.”

Since releasing their debut album Medicines (2017), Mortifee has received critical praise and attention from around the globe, with acclaimed US online/print publication Hype Magazine dubbing them “a modern pop-star with the essence of love behind [their] music,” and with online network Spindle Magazine celebrating their “simply timeless sound.” The album’s singles, “Panther Paws”, and “Ouroboros,” both produced by multi-Grammy-winning producer Chin Injeti (Drake, Eminem), may have caught your attention on The Yoga Journal’s Soulfood Spotify playlist, or on Global TV’s The Morning Show in Toronto.

In Mortifee’s 2018 online radio interview with New Zealand’s Galaxy 107FM, over 9 million listeners tuned in hearing Clear discuss their next project currently in the works. With their other recent features ranging from The Fader, to the Oprah Winfrey Network, to the Toronto Jazz Festival, Clear Mortifee has been keeping busy.

Their next batch of music is a groundbreaking and genre-bending collaborative effort between various Toronto & Los Angeles creatives. Be sure to keep your ears and eyes open for what’s next.