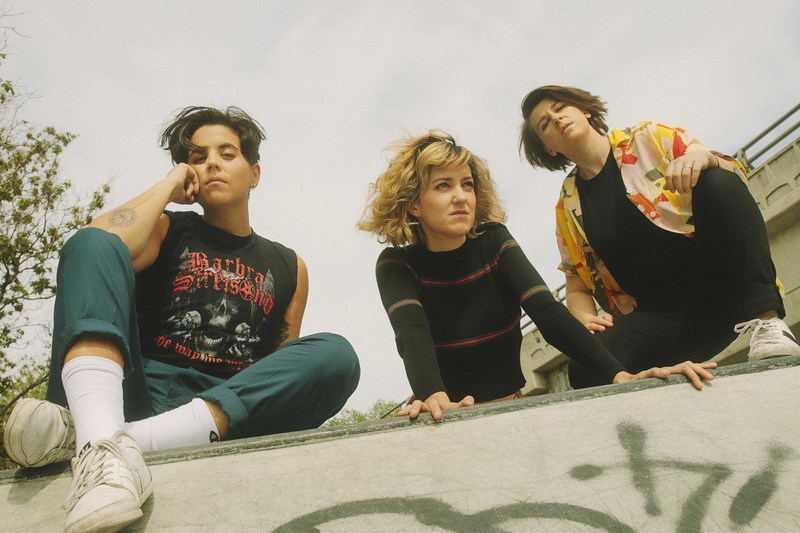 With a fresh yet nostalgic perspective on alternative pop, Montreal’s Caveboy root themselves in the timeless music of their parent’s generation and build to unforgettable chaos during their live performances. The all-womxn trio’s first few years were driven by electrifying performances at SXSW, Osheaga, Pride Toronto, the Pre-Grammy Celebration of Canadian Excellence, 2018 Juno Gala Awards (The Canadian Grammys), Halifax Pop Explosion, M for Montreal, and support performances for Japanese Breakfast, Tash Sultana, Tom Walker, Ria Mae, Cub Sport, and Wintersleep. Their songs have been heard in Orange Is The New Black, The New Romantic, and Killjoys. With a powerful live set not to be missed and a highly anticipated debut album – “Night in the Park, Kiss in the Dark”, due out January 31, 2020 – featuring the heavily playlisted first single “Landslide” and the #1 voted song on CBC Music “Hide Your Love” – Caveboy is a band to keep an eye on.