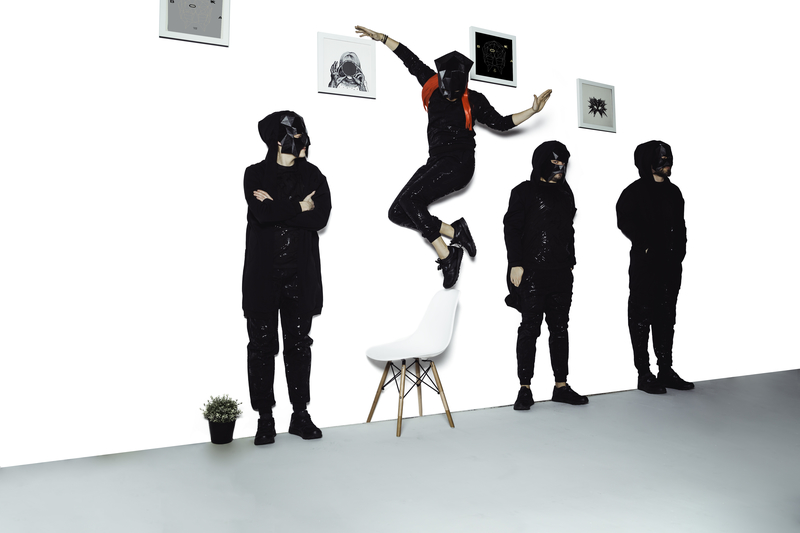 BOKKA – they are one of the most amazing phenomena on the Polish scene not only because… nobody knows who they are. They appeared almost out of nowhere due to the premiere single Town Of Strangers presented in 2013 which then became part of their debut album and made some noise among domestic and foreign journalists. BOKKA became a bright spot on the map of rising Polish bands. The first album of the masked formation was well-received at home and abroad – just to mention a flattering review from Pitchfork one of the most important opinion-forming music portals in the world. An original approach to both their own image and to the creation of music which is best evidenced by the use of extraordinary often random instruments quickly became the hallmark of BOKKA a group whose potential was immediately noticed beyond the borders of their homeland. After the sold-out live tour and concerts at the biggest Polish festivals the band performed on the stages of the most important events in Europe including The Great Escape, Colors of Ostrava, Reeperbahn or Eurosonic and then in clubs in Brussels, Prague or Budapest. In 2015 BOKKA presented its second album. The album Don’t Kiss And Tell repeated the success of its predecessor – the album received a nomination in the category “Album of the Year electronics and an alternative” in the Fryderyki plebiscite – one of the most important awards of the Polish music industry. The band played concerts with new material both in Poland and abroad. Consistently sticking to an anonymous mysterious image and unobvious approach to creating and promoting their music BOKKA has become one of the most popular bands of the Polish alternative scene. Consistently sticking to an anonymous mysterious image BOKKA has become one of the most popular bands of the Polish alternative scene. Year 2017 the formation spent working on a new album. Life On Planet B, the third album in the band’s collection, premiered on April 20th 2018 via [PIAS] Recordings Poland and Eastern Europe. The album is like a 10-episodes series in which we see people who are trying to get to know not only an unknown planet but also what is much harder to get to know – themselves. In May 2019 the band released the remix EP “Satellites Of Planet B”. Remixes of the songs from the third album were done by David Pen from Archive, The KVB, NOEP and Yasuaki Kato.
Soundcloud
Spotify
Twitter
Instagram
Facebook