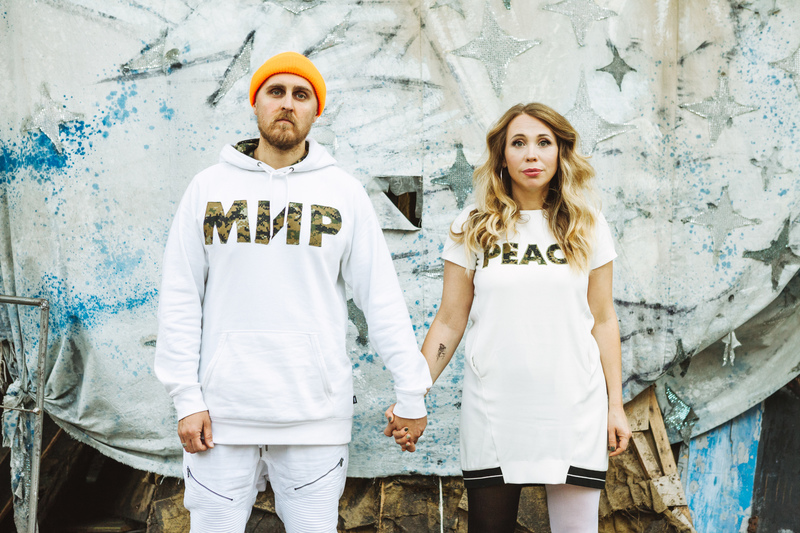 worldmusic, folk+edm
Balaklava Blues is an ethno-bass live set from the creators of Lemon Bucket Orkestra and Counting Sheep: Staging a Revolution. Drawing on the lost polyphony of Eastern Ukraine in addition to soviet propaganda and original lyrics, no one cries more deeply and honestly about the revolution and war in Ukraine while simultaneously evoking intensity, strength, and unity they believe is at the heart of their troubled country. In fact, Mark and Marichka met and fell in love in 2014 during the protests on Independence Square in Kyiv and have since written widely about the situation in Ukraine, performed internationally with a focus on the intersection of art and politics, and advocated extensively for peace and democracy in Ukraine through their music. They’ve won 2 Dora Mavor Moore awards, an Edinburgh Fringe First Award and an Amnesty International Freedom of Speech commendation for their guerrilla-folk opera Counting Sheep and have collected numerous Juno nominations and a Canadian Folk Music Awards with Lemon Bucket Orkestra. The New York Times has called their work “charismatic, handsome, and ambitious” and The Guardian calls them “an evocation of human solidarity.” Songlines called their debut album Fly “one of the most innovative and emotionally powerful projects on the European Music scene.”
Youtube
Apple Music
Soundcloud
Twitter
Instagram
Facebook
Website