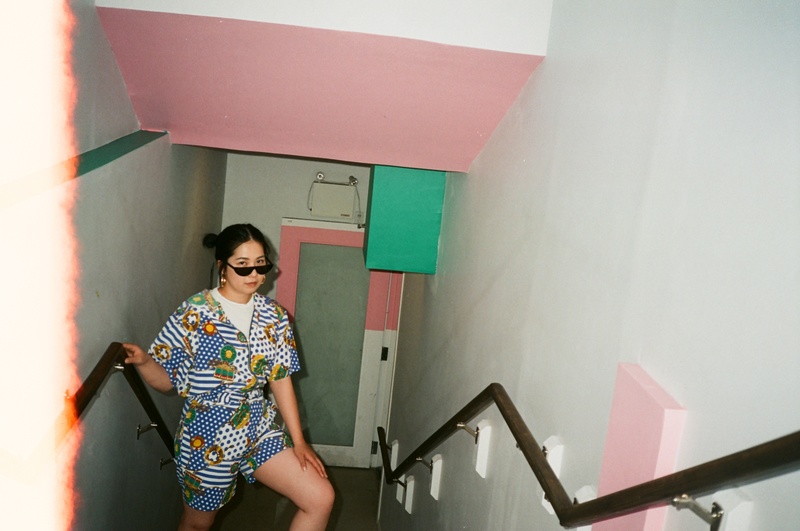 Electronic, RnB, House
Ashley Velvet, originally from Calgary, formed in Toronto in 2016 as a semi-formal, sexy eclectic alternative to Toronto’s current representation of predictable sonic identity. Velvet is inspired by the infinite musical sounds from around the world and the lyrics reflect a deep understanding of disenfranchised and underrepresented folks who are seeking a unique path, using music as a guide, to help form deep connections and emotional mutuality with others.

Ashley Velvet has been invited to play at many notable Toronto and Calgary venues including, The Silver Dollar Room after being picked up by LOVELAND for their Canadian tour, Femme Wave Festival 2019 then showcasing their “razor sharp beats, sultry synth hooks and soulful lyrics”, and also having appeared at Handlebar for their monthly electronic music series “Frequencies”. Encouraged by their growing fan base and the positive endorsements of their unique sound, Ashley Velvet released ‘Bed of Roses’ in 2018, their independent, limited press demo tape; the four-track release represented Ashley Velvet at the 2019 RBMA Bass Camp, where 20 up-and-coming music makers from across Canada were selected to represent their city in a four-day residency program at the National Music Centre.

Ashley Velvet strives to provide a welcoming, intimate platform for all people including those who don’t necessarily identify with mainstream culture including but not limited to; LGBTQIA folks and people who identify as their allies, visible minorities and those who know the courage to fight the stigma of mental illness. Ashley Velvet embraces change and respects to that in this time of social unrest, music is an avenue for individuals, who want to safely challenge the status-quo, to find a relatable voice which defies the current pop narrative.

Born to a Mexican father and Korean mother, Velvet grew up in a traditional Korean household embracing eastern culture and trends. Early influence from Nintendo video games, 80’s pop and Studio Ghibli animation, Velvet was exposed to theatrical soundtracks and originality in art at an early age. Velvet strives to continue to create music that marries modern sound production style with the relatable comfort of mid-century jazz; Velvet’s strong vocal delivery is reminiscent of the strong female musical mid-century jazz pioneers who advocated for social change, gender equality and cultural representation through music.

By incorporating elements of, traditional / world music as well as pop sensibilities, Ashley Velvet challenges the current pop-narrative. Ashley Velvet continuously strives to find inspiration through global sounds and use these influences to help create a uniquely produced sound that manages to deliver a relatable feeling though neoteric sound.