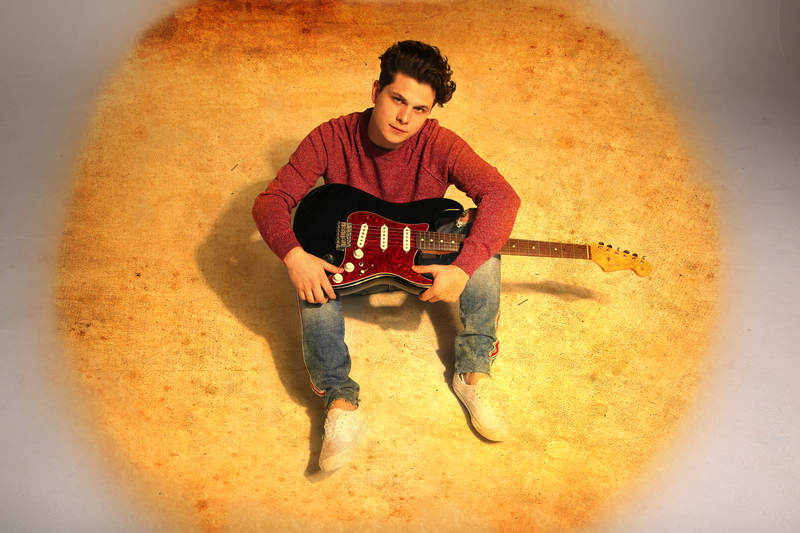 Pop / Rock
With his recent release of his debut EP IM|PERFECT, Andrew Waines, a 22-year-old from Ottawa, Canada, is making a name for himself as a truly multi-dimensional musical talent; a singer, songwriter, producer and multi-instrumentalist. Released independently on May 9, 2019, and recorded in Waines home studio, the Ottawa-based artist’s debut 7-song EP is a cutting edge, modern pop rock album that showcases his substantial vocal chops and elemental guitar work, and his ability to craft simple, yet elegant arrangements.

Andrew has been in the music industry for close to 8 years. In 2012 he was handpicked by NPMG’s Neville Paul to round out Jordan McIntosh’s touring band as rhythm guitarist and played with McIntosh at high-profile festivals such as Ottawa Bluesfest, Boots & Hearts Country Music Festival and PEI’s Cavendish Beach Festival.

The gig with McIntosh’s band led to NPMG adding Andrew to their roster in 2014. Initially, Andrew concentrated most of his musical efforts on serenading and growing his local fanbase on social media with covers of today’s top artists. His most successful cover being ‘Blue Ain’t Your Color’ (Keith Urban) which has over 13.2K views on YouTube and over 68K plays on Sound Cloud.

In 2017, Andrew officially launched his professional music career with the release of his debut single, “Loving Carefully.”; recorded in Nashville alongside producer Maks Gabriel. This led to local performances at the 150th Grey Cup Festival and various Ottawa music venues, as well as appearing on various media outlets including Ottawa’s CKCU-FM 93.1, Toronto’s CP24 Breakfast, Ottawa’s CTV Morning Live, Daytime Ottawa, and Hamilton’s CHCH Morning Live. Andrew rounded out the year with a Christmas Cover of Wham’s “Last Christmas” that was picked up by Majic 100 CJMJ – FM (Ottawa) and played regularly through the 2017 holiday season charting as high as #82 on Neilson BDS radio Canadian Adult Contemporary Charts.

Andrew kept busy in 2018 releasing two more singles, “Practice What You Preach” and “Prove My Love”, both keeping with his energetic pop-sound infused with guitar. This led to a breakout full-band performance at the 2018 Ottawa RBC Bluesfest Music Festival to a packed crowd and earning rave press reviews; firmly establishing Andrew as a fixture in the Ottawa music scene. With all this going on, Andrew still found time in 2018 to build a studio in the basement of his family home and start expanding his repertoire into music production.

The first half of 2019 has been all about writing, recording, producing and releasing his debut EP IM|PERFECT. From lead single, ‘Till The Music Stops’ ( > 11K streams on Spotify ) to songs like ‘Would You Do It’ ( > 5K streams on Spotify, and showcased on Ottawa Radio Stations Jewel 98.5 and Majic 100.3 ) every track showcases his unique, percussive guitar style in a different way.

Andrew looks forward to taking his success beyond the country’s capital and captivating music lovers across Canada and the US. andrewwainesmusic.com.