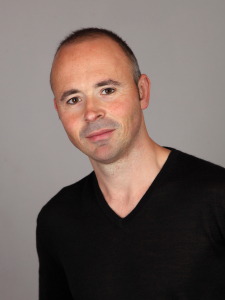 2014 was the year streaming broke through to mainstream consciousness, not because of the marketing prowess of Spotify but because Taylor Swift decided to withdraw her content from the Swedish streaming heavyweight and other freemium services. It was a mixed year of momentous achievement and intensifying controversy, which makes it an opportune moment for an end of term report card.

No complaints here. Impressive growth for both paid and free streaming with a likely combined annual growth of about 50% and total subscribers getting to about 35 million. Although there are some signs of slowdown this is to be expected as much of the addressable audience for the 9.99 price point is reached. In fact the growth slowdown was less pronounced than expected in some markets. If it hadn’t been for the fact that download sales for the year will be down about 10% this would have been a 9/10.

Two years ago I asked the CEOs of 10 leading streaming companies what the coming years would hold. Unfortunately for 5 of them it meant looking for a new job. One thing most were in agreement on however was the need to introduce far greater transparency for artists. Two years on and the issue is every bit as problematic. For the most part the discontent has been voiced by smaller artists or those later in their careers, but not by frontline artists in their prime. Until last week that is, when Ed Sheeran told the BBC that it is ‘fact’ that labels are holding money back from artists. Some time soon, some time very soon, labels are going to have to get on top of this if they want the model to work.

I had high hopes for Spotify’s app platform, it looked like it was heralding the dawn of the ‘music platform’ that the digital market has needed, well, forever. Unfortunately label wrangling ensured that Spotify was not able to get the deals to allow app developers to monetize their apps so the venture was effectively still born, save for the highly credible efforts of some traditional media brands, such as the BBC, Now! And Deutsche Grammophon who didn’t have to worry about making money from the apps. Luckily the streaming companies haven’t given up on the ‘streaming as a platform’ vision and a host of integrations with the likes of Bandpage and PledgeMusic have the potential to help artists transform streaming cents into digital dollars.

I’ve been banging the pricing drum for so long the stick has broken. Unfortunately there was pitifully little progress in 2014, with label fears of cannibalising 9.99 dominating thoughts. On the plus side there is a huge amount of negotiating activity taking place right now and that should bear fruit in 2015. Expect Apple to try to get to market with the same 7.99 that YouTube’s Music Key is currently in market with (and expect that short term promotion for YouTube to eventually become permanent). And if 7.99 is the new 9.99 then prices will have to cascade. 4.99 will be the new 3.99, 3.99 will become 2.99 and so forth. And there remains the super urgent need for PAYG pricing leveraging in app payments. I predicted pricing innovation in 2012 and 2013 and it didn’t happen. Here’s to third time lucky.

Deezer had already set a great precedent for rolling out into a vast number of global territories and Spotify played an admirable game of catch up in 2013 which continued with another five new countries in 2014. Rdio’s acquisition of Indian streaming service Dhingana was another interesting move.  Meaningful revenue is yet to follow in these Rest of World markets though – the US and Europe accounted for more than four fifths of global streaming revenue in 2014.  But the foundations have been laid and that in itself is an important step worthy of credit.

The ripple effects of Taylor Swift’s windowing antics will be felt throughout 2015 with countless other big artists and their managers already making it very clear to labels that they want to do the same. The sooner Spotify can agree to having the free tier treated as a distinct window the sooner the streaming space can start rebuilding.   The whole ‘changing download dollars into streaming cents’ issue continues to haunt streaming though. And with streaming services struggling to see a route to operational profitability the perennial issue of sustainability remains a festering wound. The emerging generation of artists such as Avicii and Ed Sheeran who have never known a life of platinum album sales will learn how to prosper in the streaming era. The rest will have to learn to reinvent themselves, fast, really fast.

Overall Streaming gets a 6/10 for a year that saw huge progress but also the persistence of perennial problems that must be fixed for the sector to succeed.

(Reproduced with permission from Mark Mulligan. Originally posted at www.musicindustryblog.wordpress.com.)

For 11 years Mark was a Vice President and Research Director at Jupiter Research (later acquired by Forrester Research). In his role as a music analyst and senior research manager, Mark worked right across the digital music value chain, with all the leading digital music services and technology companies, the major record labels, rights bodies, retailers, hardware companies and telcos. Mark is now the co-founder of MIDiA Consulting, a boutique media and content focused insight and innovation consultancy. 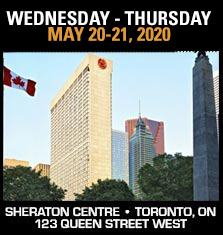